A Water Doctor can help you fix any Wind or Water Leaks as well as any Auto Odor!

Check out dealerships that we partner with to provide the best wind and water leak repair service in the industry! Click here to see the rest of the dealerships using our services.

What is Water Doctors?

Water Doctors is the industry leader in Diagnosis and repair of automotive wind noises and water leaks, Providing onsite service with a fleet of technicians across the U.S, there’s bound to be a Water Doctor near you!

The Importance of Repairing a Leak

If you discover your car or another vehicle has a leak, whether water or wind, it’s extremely important that repairs are carried out in a timely manner. Although water leaks and wind noises might seem to be simply an inconvenience at first, it’s vital that a water doctor fixes it as quickly as possible.

We have technicians in 23 states to better serve your water leak and wind noise concerns. Click below to find the tech closest to you.

Looking for a great career, we’re looking for great people. Click below to learn more and take the first step in becoming part of our family.

The services we provide dealerships and auto shops across the nation are a cornerstone of our business. Click below to learn about what we offer.

No one else in the world has this information.

No one else in the world has this information.

Friendy, will stay late to help all our problems, has helped our customer satisfaction index.

…Friendy, will stay late to help all our problems, has helped our customer satisfaction index.

so professional with our customers it makes our job easier. We appreciate it.

…so professional with our customers it makes our job easier. We appreciate it.

Ability to find and fix repairs the first time…

..Ability to find and fix repairs the first time…

Everything is great….easy to work with and very knowledgeable.

…Everything is great….easy to work with and very knowledgeable.

We like your service…..with Water Doctors we don’t have to work on water or air leaks

We like your service…..with Water Doctors we don’t have to work on water or air leaks

I want to commend Water

Daughter has a moon/sunroof that

Daughter has a moon/sunroof that the drain had failed. The Dr. fixed it and took care of the mold.
Great customer service and service. They know their stuff. Live in Salisbury area and they came to our home to fix.

Alex, was very prompt and

Alex, was very prompt and professional. He was also very knowledgeable on what he was doing. He even offered to help me with my turn signal bulbs. I would recommend them for all your car water leaks.

I had to get a

I had to get a car in 3 days due to an accident. Always wanted a sunroof. First time I have bought a used car. I have had the roof leak 4 times and Water Doctors have been terrific. Fast, efficient, reasonably priced.

Recently had an experience with

Recently had an experience with Mike Blaskovich out of the PA, WV, OH area. I cannot tell you enough how thrilled I am that he was able to help with my water issue. Mike went above and beyond with excellent customer service, even going out of his way personally to help me with the issue. I will highly recommend him to any friends or family with auto water/air problems. 11 out of 10 stars! You go Mike! Give this man a raise! Thank you 🙂

I was skeptical about the

I was skeptical about the work required to not only waterproof but dry out the cushion and carpeting in my RAM 1500 Crew Cab. Dave Aaron clearly described the issues the day I dropped off my vehicle and walked me through my options for the drying portion. The results were exceptional when my truck was available. Would highly recommend to anyone experiencing leak issues. Thank you Dave. Work so well done I felt obligated to leave a testimonial.

I could not be happier

I could not be happier or more impressed with the service that Todd provided.
He had the ability to find and fix the water leak the first time…after taking it to the dealership and it was not fixed at the dealership.
The dealership however did arrange for Todd to diagnose the water leak.
Todd actually came to my home and found lots of water inside my car, he fixed it immediately and it remains to be leak free after several rain storms!
He also returned for a second service as there was a part that got damaged at the dealership and he came to my home a second time to replace the faulty part.
If you have any leaks in/on your car do not hesitate to call this business!
Very professional and top grade service!
Thanks Todd, and God Bless….

My brother and I could

Water Doctors was referred to me by an auto body shop – and frankly I did not know what to expect.   After I found your website, I located and phoned your representative for the Baltimore area who introduced himself as Jim Dodson.

My brother and I could not have been more impressed with how efficient and thorough Jim was in trying to identify the leak. My Subaru has two sunroofs and Jim checked both and pointed out the almost invisible marks that suggested the seals could have started to leak. The leak in the hatch was finally identified as the seals around the rear window were leaking. He took apart the inside components to check more thoroughly than I would have expected. He suggested I contact the Dealer to see if they could replace the seals and warned that they may only be able to replace the seal and window as a package.
I could not have been more impressed with the professional way Jim handled the appointment. He was friendly, courteous, and thorough in looking for the leak. Pleasant to talk to, and presented your company – Water Doctors – in a way that would make you proud, and will result in referrals from me.

I’ve used the Water Doctors International some 2 years ago, and Todd an employee was able to resolve my water leaking issues in both my wife’s and son’s Infinities. Todd was 150 Percent on point and knew what he was doing in clearing the hoses in both vehicles. 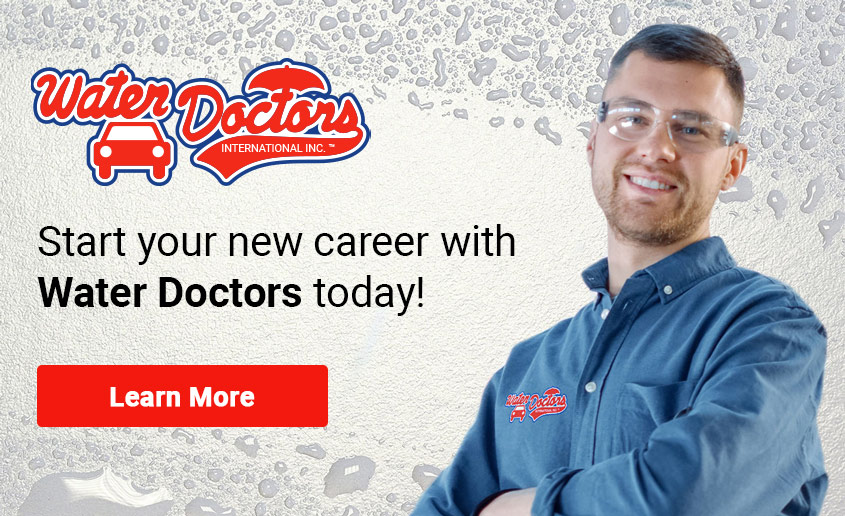